Vicksburg, Mississippi
Historian David Cohen wrote that “the Mississippi delta begins at the Peabody Hotel in Memphis, Tennessee and ends at Catfish Row in Vicksburg, Mississippi." Catfish Row from the 1800’s through the early 1900’s was a bustling Mississippi River port.  Since the mid 20th century, the significance of the port to the local economy has waned, and tourism is now the major driving  force, with riverboat casinos, abundant historic homes, the Vicksburg National Military Battlefield Park, and historic Washington Street all playing key roles.  The City of Vicksburg sought to create a park as part of an entertainment district being developed in the historic lower Washington Street corridor where it meets Levee Street, the historical location of the infamous Catfish Row.  The Mayor of Vicksburg required the park to express an emotion he referred to as “Wow!"

The resultant 1.2 acre public pocket park, part of a larger vision reconnecting historic Washington Street to the Mississippi River and providing access to visitors arriving on riverboats, celebrates southern culture, art, and history and expresses an optimistic vision towards the future.  Art is expressed in the objects that defined the places where people lived, worked, and created history along the river.   Specifically, the design express the spirit of place which made Catfish Row legendary, where storytellers spun tales of riverboat races, river pirates, and heroic naval battles--but without over-reliance on nostalgia.  Instead, the park is a re-forging of older patterns into contemporary spaces and forms.  This manner of representing the past in the park is meant to provide those of us in the present a way to think about the future.

The project has transformed an underused and under-appreciated sliver of land by the riverfront into a vibrant hub of activity that is equally expressive of the area's past as it is its visions for the future.
Collaborators: 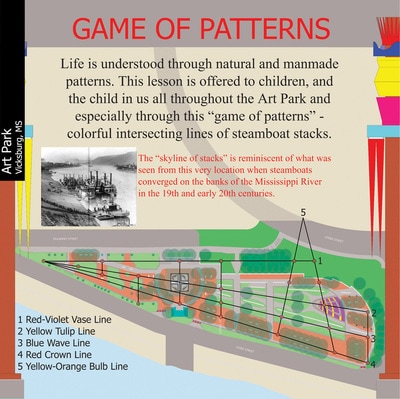 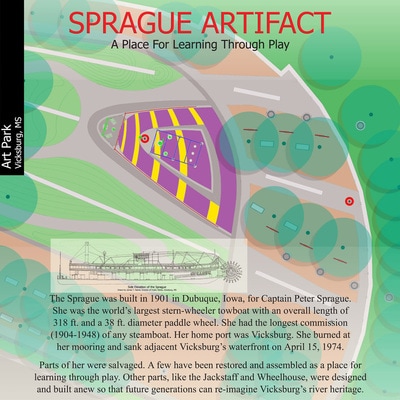 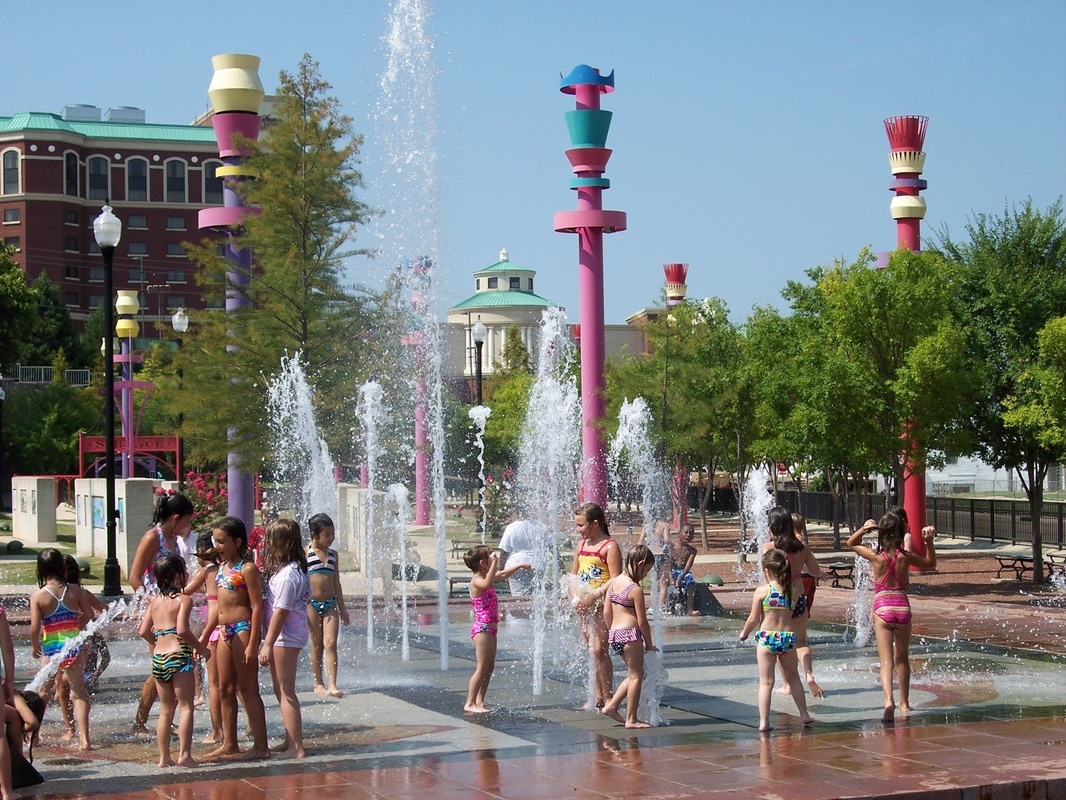 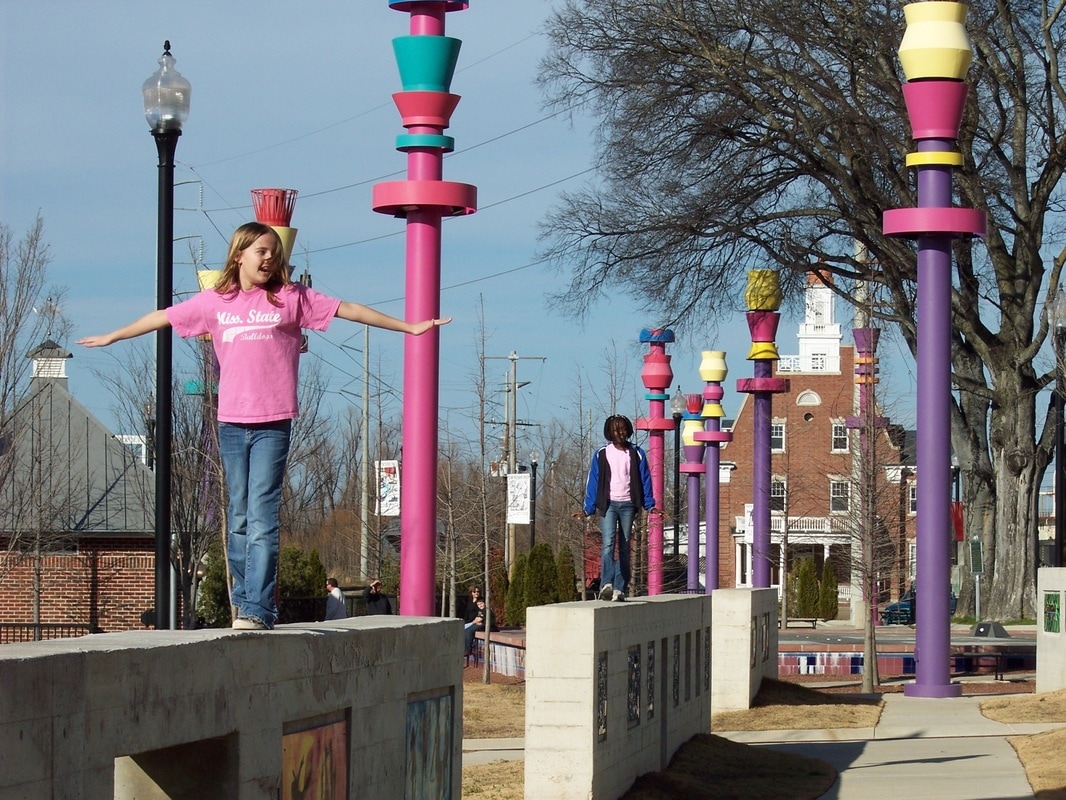 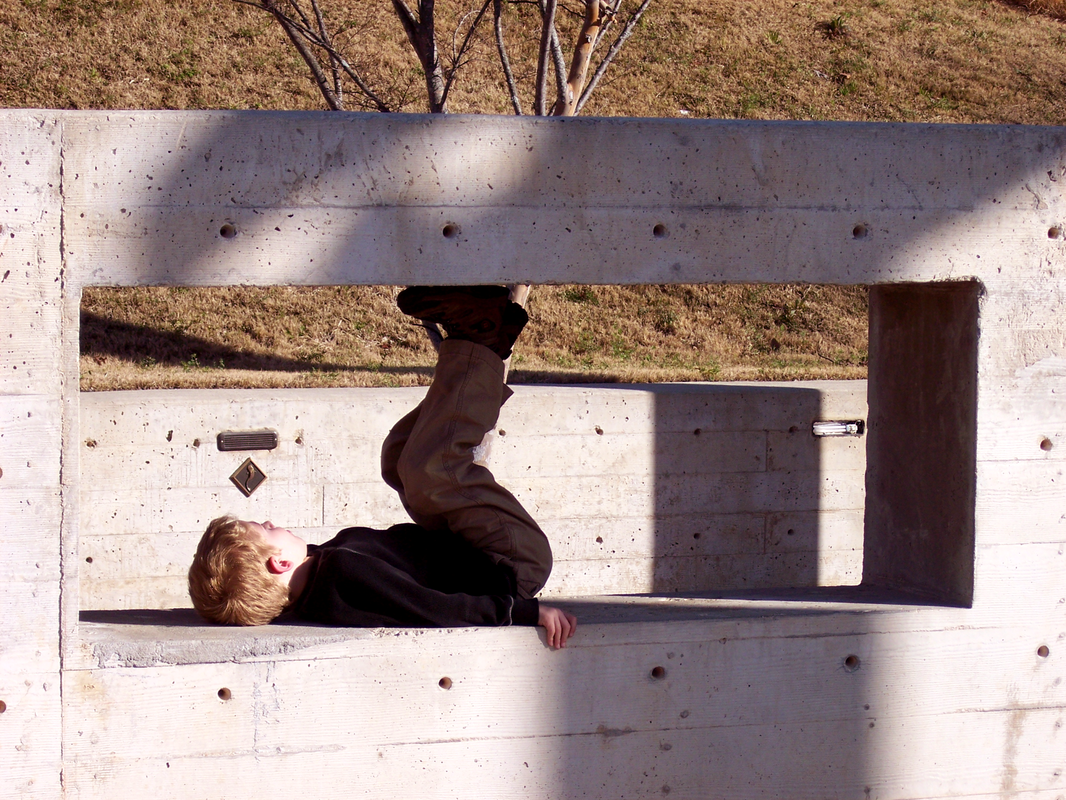